Now teaching at the:

And Christus Louisiana Athletic Club - Shreveport, LA
At Bert Kouns and I-49 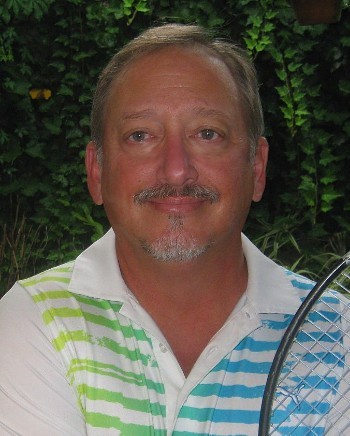 Some thoughts on teaching the game...

There is a nearly infinitesimal percentage of kids who pick up a tennis racket and hit a ball that will become the world class professional tennis player you see on TV! I know that is difficult for some people to accept, but it's just the truth. In fact, frequently during our local matches when one of us makes a bad shot, I like to say: "That's why we're not on TV!"

Those rare spectacular athletes, possessing the perfect mind set for the game and work ethic early on in their development show themselves. They will be obvious. They will find their place.

Now that's not to say that there are not countless young players who will certainly develop enough game to play high school, possibly to Division III level on up to maybe even Division I competition. And even those high level players number only in the thousands.

So, this is not to discourage anyone from having their kids take up the game, but just a reminder that the vast majority of kids will only go so far as playing for fun with their friends and maybe enter some local tournaments if they really enjoy it!

I don't necessarily look to turn every child into a great player, but rather into one who will simply enjoy tennis hopefully for the rest of their life!

Ultimately, I would like to know that every child I come in contact with will still be playing tennis long after I'm gone!

I know of some players right here in Shreveport who I taught back in the 80's, when they were 10 years old who are, indeed, still playing highly competitive tennis in local leagues and tournaments! You can be assured I certainly am quite proud of that!

Yes, indeed! Tennis professionals have to be child (and even adult) psychologists!

We are constantly dealing with pressures. The pressure from peers, pressure from competition, pressure to achieve, and possibly worst of all - the pressure the kids put on themselves, which of course, is all the previous multiplied by the others!

In recent generations it seems the driving motivation in sports is that anyone can be great, can be THE best. As mentioned, that's simply not the case. I don't know how many times lately that I've heard the phrase "1st losers" for anyone or team that comes in second, meaning anything short of winning is failure. Consequently, kids have no concept of how to deal with failure! That's a brutal way to spend your day and just about impossible to handle a loss!

And I hear this from kids all too often - "I'm not good enough to do this!" and "I always lose!" They also "try" for maybe 10 minutes and give up completely because they've "failed". And giving up is way easier than trying and failing.

I am certainly not recommending that we just accept mediocrity, but one thing I tell all students is that:

Unless #1 in the world is in front of your name, there's always someone who can beat you
and even then, the outcome isn't guaranteed!
Never look across a net and assume that person can't beat you...

This is a very hard concept for almost anyone to grasp, much less kids. They assume they are invincible and they can - as do most any of us - beat anyone. Learning to deal with this is quite difficult. I personally struggle with it in almost every match!

Confidence, or lack of, is probably the most significant factor in any athlete's psyche! We try to build that confidence relative to each individual's level. A phrase you hear often in the game is "playing within one's self". That is being confident in doing what you know you can do without expecting yourself to suddenly perform at a much higher level. At the same time, you won't improve if you don't push the limits of your current abilities. I try to get kids to be a little ambitious, but not overly ambitious. Players will win when it's their time to win. I guess that simply makes me a realist.

At any rate, my intent is to teach kids the basics of the game with an emphasis on developing shots from all parts of the court, making sure they know the rules (not just how to keep score), the codes of sportsmanship and ethics of play and competition. Your kids should be the ones that the other kids want to call to go hit because they are fun to be on a court with! Being a great player has nothing to do with that...

It's a fun game - they should enjoy it first! Let them find their way into the competitive levels that suit them.

As for the "less athletic" beginner adults, it's all about developing solid strokes and shots that will translate into being able to go out and hit with folks of similar abilities and having a good time too. Some people will be happy just to play on a regular basis with a small group of friends. Some will expand into beginner leagues. If you're a competitive person, once again, you'll find your place and get out of the game what you want to put into it.

I really focus on stroke fundamentals, and all the strokes from the outset. And that starts with volleys - the most dreaded shot of many a player. We will spend a lot of time with volleys as that is the shot that lets people play good doubles and, after all, that's where most adults spend most of their play - doubles! Ground strokes and serves will quickly follow with overheads not far behind. Think of these four shots as the basic food groups - then we can spice each one up!

While tennis can be a spectacularly athletic game, one does not have to be a great athlete to enjoy playing. It is the most "relative" game I can think of. All it takes is two people of relatively equal skills to have an epic match! Of course, learning and grooving the fundamentals will get each player to realize their potential and help them reach their "ceiling".

For the ambitious player with significant athletic skills, their game may progress towards local tournaments, state and regional competition. Someone with athletic ability, who has the right mental demeanor, and dedication to doing things the right way no matter what, is destined to reach higher "ceilings" than the average human. While that applies pretty much to any sport you can get into, tennis is a game that you can continue to have "epic" matches on any level despite any age or even gender differences!

It is truly a relative game!